“I am defenceless and I am counting on you and others of good character to save my life… Truth, ultimately, is all we have.”

“The attempted criminalization of Julian Assange is one of the worst state crimes against an individual in this century.” 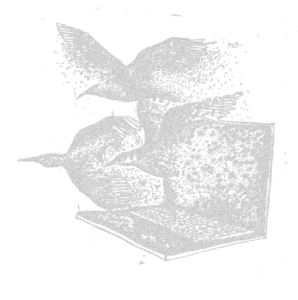 The trial of Julian Assange

– the story of the persecution of Julian Assange

“This is a landmark book, the first by a senior international official to call out the criminality of Western governments, and their craven media echoes, in the persecution of Julian Assange. Mark the word, persecution, says Nils Melzer, as well as ‘our’ responsibility for the ravages inflicted on an heroic man for telling forbidden truths and on democracy itself.”
—John Pilger

“This extraordinary and very disturbing book details how 4 national governments (and a lot of journalists) conspired to put Julian Assange away—at whatever cost to justice it might entail. Nils Melzer surgically takes apart the so-called evidence in the case against Assange, shows how legal process was consistently used to incriminate him and yet always denied when it might have led to his acquittal. This international vendetta continues to this day, and Assange—still untried for any crime whatsoever—remains a prisoner in Belmarsh. This is surely one of the most flagrant and shameful miscarriages of justice of our times.”
—Brian Eno

“This is a harrowing account of a corruption of justice that crosses not only borders, but the United Nations itself. Melzer’s work is an urgent corrective to a false history—and an act of public service.”
—Edward Snowden

“Politically motivated and unjustified, the prosecution of Julian Assange by a mature democracy threatens and undermines press freedom, the rule of law, and the prohibition of torture. By painstakingly and rigorously documenting the facts, Nilz Melzer reveals the full disturbing account of how the human rights of Julian Assange have been violated over years. It’s a story that must be told and from which we all must learn.”
—Agnes Callamard, Secretary-General, Amnesty International, former UN Rapporteur on Torture

“A stunning account on how official secrecy, corruption and impunity suffocate the truth and poison the rule of law. The present-day prosecution of Julian Assange aims to complete what Richard Nixon tried and failed to do in the Pentagon Papers case fifty years ago: rescind the foundation of our republic, the First Amendment protection of freedom of the press. As Melzer argues compellingly, nothing less than our continued status as a democracy is at stake in the need to block Assange’s extradition, drop the unconstitutional charges against him, or if necessary, win his acquittal. It is the legal scandal of the century.”
—Daniel Ellsberg, whistleblower, the Pentagon Papers

“It is as if all the Anglo-American frustrations over the disasters of Iraq, Trump and a teetering Washington political system have become concentrated in official hatred of one man: Julian Assange. This dissident faces a 175 year sentence but the soldiers who shot dead innocent Iraqi civilians- the war crime he exposed and is facing extradition for- are escaping even an investigation. The ferocious cruelty summoned for pursuit of Assange is anatomised here by Nils Melzer who implies a question that should chill us: Assange now, who next?”
—Bob Carr, former Australian foreign minister and longest serving Premier of New South Wales

“A powerful investigation into the heart of darkness of our legal and political systems. Once you read this breath-taking book by Nils Melzer, you will know why Julian Assange is being tortured so terribly and why he should be celebrated as a true hero of the 21st century.”
—Srecko Horvat, author of Poetry From the Future

“The most compelling case yet made for Assange’s defence and a swingeing indictment of politicians, security services and judicial authorities … [Melzer] marshal[s] a wealth of detail and legal evidence to make his case.”
—Mary Dejevsky, Independent

“The most methodical and detailed recounting of the long persecution by the United States and the British government of Assange.”
—Chris Hedges, New Age

Participating in this order:

Nils Melzer, United Nations Special Rapporteur on Torture and other Cruel, Inhuman or Degrading Treatment or Punishment (on zoom from Geneva)

Deepa R. Driver, Trade unionist and university lecturer. She is observer at the Assange September extradition on behalf of the Haldane Society of Socialist Lawyers She is reporting in a personal capacity and not on behalf of anybody else. (On Zoom from UK)

Kai Sibbern, from of the whistleblower group at Norwegian PEN

The meeting is chaired by John Y. Jones, co-initiator of the www.setjulianfree.org

Recording at Litteraturhuset in Norway, Oslo, 15. sept. 2020. (We apologize for presenting only a cursory recording of this studio/zoom-meeting which was sent directly to Norwegian cable subscribers, not editing out the passages with technical anomalies)

The whistle blower-website Wikileaks’ founder Julian Assange is detained in the British highsecurity prison Belmarsh. His health is in a critical condition. We, the signatories of this appeal, fear for his life and mental health due to the treatment he is exposed to. We demand his immediate release, respect for his fundamental human rights, a fair and transparent judicial treatment and protection against extradition to USA.

The United Nations’ Special Rapporteur on torture and other cruel, inhuman or degrading treatment, Nils Melzer, visited Julian Assange in prison on 9 May 2019 with a group of medical doctors. They concluded that Assange showed “all symptoms that are typical consequences of prolonged mental torture.

We are deeply alarmed by the UN findings concerning Assange’s state of health and of the legal proceedings he has been subjected to, in particular by the Swedish police from 2010 and onwards.

The UN report argues that this and a number of other serious breaches of law may have been carried out by the authorities during the process against Assange. Sweden has, since it started this ball to roll, under the Protection from torture treaty (CAT) a responsibility also for the pain inflicted upon Assange in Belmarsh and Britain. The Swedish prosecutor and police have refused to respond to claims presented in letter of 12 September 2019. Not to respond to the Melzer/UN report and the serious accusations it presents is unacceptable. It undermines the authority of the United Nations. And the public is entitled to this information if respect for judicial institutions is to be upheld.

We, the signatories of this appeal, find the report by the United Nations rapporteur on torture and of the UN’s office on arbitrary detention deeply alarming.

We demand the immediate release of Julian Assange from British prison and that he be granted asylum in Sweden or another country of his choice, guaranteed not to be extradited to the US. The present coronavirus threat aggravates the situation even further and makes his release even more pressing.

– a full and transparent investigation into a possible disappearance of documents, alleged by the UN report, in order to clarify if/or to what extent illegal destruction of evidence and perversion of the course of justice has taken place

– a full and transparent investigation into the nature of co-operation between Swedish and British police with the alleged aim of conducting extra-legal arrest, harassment and detention of Julian Assange and with the possible aim of extraditing him to a third country

– that Sweden respects the United Nations by fulfilling its obligations to inter alia the following international treaties, of which it is a signatory state: The Convention against Torture and Other Cruel, Inhuman or Degrading Treatment or Punishment (CAT, ratified 1986); the International Covenant on Civil and Political Rights (CCPR, ratified 1971); International Law Commission, The International Wrongful Act of A State (ILC/IWAS).

that Julian Assange be given a fair treatment in accordance with principles of basic human rights and the rule of law and, that any wrongdoing against him brought about by representatives of the Swedish authorities be rectified and fully compensated for in accordance with Swedish law.